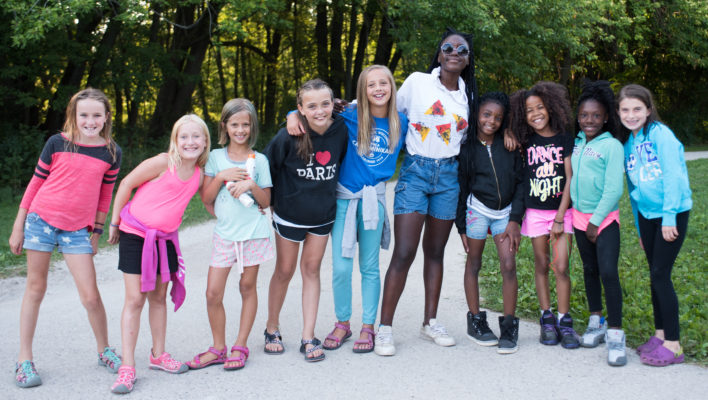 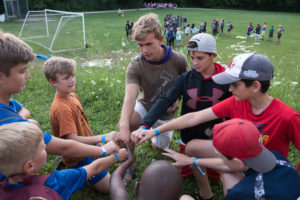 The camper’s mind races leading up to the first day of camp. Among these thoughts is a question that has been kernel to the Minikani experience for almost 100 years:

“Which cabin will I be in?”

As you and your camper head to camp, the anticipation increases. Thoughts seem to flood in these moments, so much that you might find yourself wondering what their cabin will be like.

Just days before, a Minikani unit director spent hours considering the best cabin for your child. We call this process cabinizing, and while it might sound robotic, cabinizing is a very intentional and careful process. In fact, unit directors thoughtfully consider a handful of details when placing your child in a cabin, including their age, gender, city and first-time or returning status. The goal is to strike a balance between campers who know each other and those who attend independently. 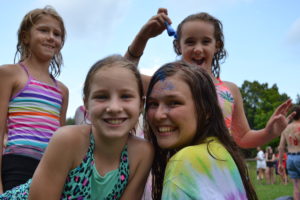 First and foremost, we cabinize by age and gender. Campers are placed with campers who are within a year of age and the same gender. A 9-year-old camper could be with other 9 year olds. Sometimes, they are also grouped with younger 10 year olds or older 8 year olds.

By using age to place campers, we can match the developmental stages of youth as accurately as possible. We also group our campers by age, because our accrediting and licensing bodies use age as a criterion (American Camp Association and The State of Wisconsin). For example, our Minicamp program is licensed by the state, and our participants must be age 5 to 6. Our LTs must be 17 by the time they join staff; therefore, Explorers must be age 14 by June 15.

Since age is the criterion used by these bodies, we also use it for grouping our cabins.

Our unit directors also try to group campers from different cities and schools. According to Girls Unit Director Grace Barlow, having the opportunity to meet new people at camp is one of the greatest aspects of the experience.

“Some of the best, most cohesive cabins I’ve ever seen or been in have been purely of campers who have never met before,” Barlow said. “It’s the most fulfilling thing to see a group of young humans come together over the course of their time at camp. As a camper, one of the best summers I had at camp was the first time my good friend from school and I ended up being placed in different cabins. I felt like I learned so much more about myself that summer, and I’ve seen similar things in my own campers as well.”

Unit directors also pay careful attention to whether your child is a first-time or returning camper. Creating a balance of first-time and returning campers allows campers with varying experiences to learn and grow from one another.

Minikani has a rich culture of leadership and service that begins in the cabin at a young age. Seasoned campers find it incredibly rewarding to share their experiences with new friends who are experiencing camp for the first time. Likewise, first-time campers gain from this relationship in that they bond with a near-peer who is kind and excited to show them the ropes. 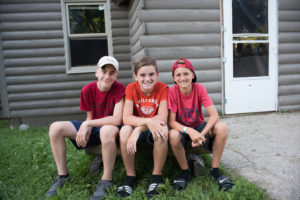 Camp is an opportunity for children to meet new people and have new experiences. However, we do understand that some campers may have reservations attending independently, especially if it is their first time. As such, day and overnight campers may request one friend for their cabin. Explorers are not allowed to place cabin requests, since a fundamental aspect of the Explorer program is independence. Counselors and Explorer Unit Directors are specifically trained to encourage independence and leadership in teens through fun and engaging activities that expand their comfort zones.

Requests are honored if both campers are the same gender and within one year of age. Both families must mutually request the campers to be in the same group. In order to provide a rewarding experience for campers who attend alone, requests among three or more campers are not honored. Cabins comprised of three or more friends oftentimes unintentionally dominate the cabin dynamic, which tends to exclude those who attend independently.

Embracing the unfamiliar
During your child’s session, they will bond with their counselors and cabin mates in a way that helps them realize their strengths and ambitions. Camp friendships become incredibly strong as a result of shared exposure to new experiences. Together, your child and their cabin mates will navigate experiences that may not always be comfortable, including meeting new people. Along the way, we promise that your child will be safe, supported and encouraged by their counselors. From the experience, they will walk away a more confident and kind kid with a whole lot of grit.

Counseling,  Getting Ready for Camp